Recently, Zardeni team became one of the 15 winners of the first round of Incubation stage of AgriThon*. “This stage was very important for us to start the work. Without AgriThon we probably would not have done so much intensive work. We did a lot of research, studied technology, made financial calculations, and started thinking more broadly. After all, by solving the problem of our greenhouse, we can be useful to others as well,”- Arpine Galfayan, the Team Leader said.

In the spring of 2021, a team of four young women entrepreneurs set up a greenhouse training center next to a Secondary School in Darbnik village, Ararat marz, where they began growing high-quality edible flowers and offering non-formal education on ecology, plant growing, and entrepreneurship to schoolchildren. The greenhouse was built with the funding of the Kaits Social Innovation Incubator created on the initiative of the Teach for Armenia Foundation.

From the very first moment of the implementation of the initiative, they found out that there is a serious water scarcity problem in the region. The point is that for Darbnik village, as well as for other settlements of Ararat marz, the main source of both drinking and irrigation water is the Ararat artesian basin, which is overused due to fish farms.

The team began making research to address this crucial issue. Apart from being an innovative idea for Armenia, an independent alternative water system could significantly alleviate the difficulties of farmers and households, especially during the dry summer months.

Studies have shown that in many regions of Armenia, particularly in the Ararat Valley, Armavir, Shirak and Kotayk regions, water resources for agriculture and household needs are insufficient or not fairly distributed. Due to climate change, the situation will get worse. The dry months increase, the precipitation becomes more abundant, but shorter, after which the waters flow rapidly, not having time to penetrate the underground basin. In addition, the water supply is not always reliable. Especially during the summer months, which are in great need of irrigation, many farms do not have water or the water is not distributed fairly.

Thus the team’s startup idea was born, which involves collecting rainwater, storing it for irrigation, domestic use, as well as adding water to an underground water basin.

Later on it became clear that this technology requires adaptation and professional approach. For example, it was necessary to calculate the amount and abundance of precipitation, the volume of the existing covered area, the volume of water needed during the dry season, determine the type of storage, etc.

The team developed a project according to which it is planned within a year to (1) continue to study the experience of different countries and communities, determining the most cost-effective way of introduction of this technology in Armenia; (2) perform various calculations, developing several versions of technology that will be suitable for certain types and volumes of buildings; (3) build a system for the greenhouse adjacent to the Darbnik village school as a pilot project; (4) train team members, as well as create a team of designers and masters. For this purpose, the team is going to map the construction companies with the necessary equipment and quality services.

After launching the pilot project in Darbnik and improving it, the technology will be tested in a greenhouse with an area of more than 1,500 square meters; in an apartment building and in a hotel. At the same time, information materials will be prepared for the dissemination of technology.

The team found out that in many regions of Armenia, particularly in the Ararat Valley, Armavir, Shirak and Kotayk marzes, water resources for agriculture and household needs are insufficient or not fairly distributed. In the future, due to climate change, the situation will worsen. The dry months increase, the precipitation becomes more abundant, but short-lived, as a result of which the waters flow rapidly, not having time to penetrate into the underground basin. In addition, the water supply is not always reliable. Especially during dry summer months many farms do not have enough water for irrigation.

This project can be used mainly in greenhouses or farms that have a certain area covered with a roof or canopy. Rainwater can be collected from this covered area during rainy months to be used during dry months. In this way households will gain some independence from main water supply. The project can be useful in urban areas as well. During heavy rains it will be possible to reduce floods, rainwater can be stored and used for domestic needs and irrigation of urban green areas. In some cities there is no round-the-clock water supply. In such cases, the collected rainwater can be used as an alternative. Collected excess water can be directed to the groundwater basin through a special natural system.

With rising water prices and unfavorable climate changes, this project could be a lifeline for tens of thousands of people. It may also stimulate the local production of some simple containers and materials, which will make the installation of the system more affordable, given that the maintenance costs of the system are small and the service life is long.

“Our project stems from a real need, based on our own experience. More than profit, we build the positive impact on people’s lives and the preservation of nature,”- Arpine Galfayan said.

It should be added that the members of the “Zardeni” team are experts in the fields of project management, ecology, agriculture and agro-aeronautics.

AgriThon* is a competition/platform for startup ideas with innovative solutions in the field of agriculture, implemented by the ICARE-Armenia Foundation within the framework of the USAID-funded AGRI CAMP program. 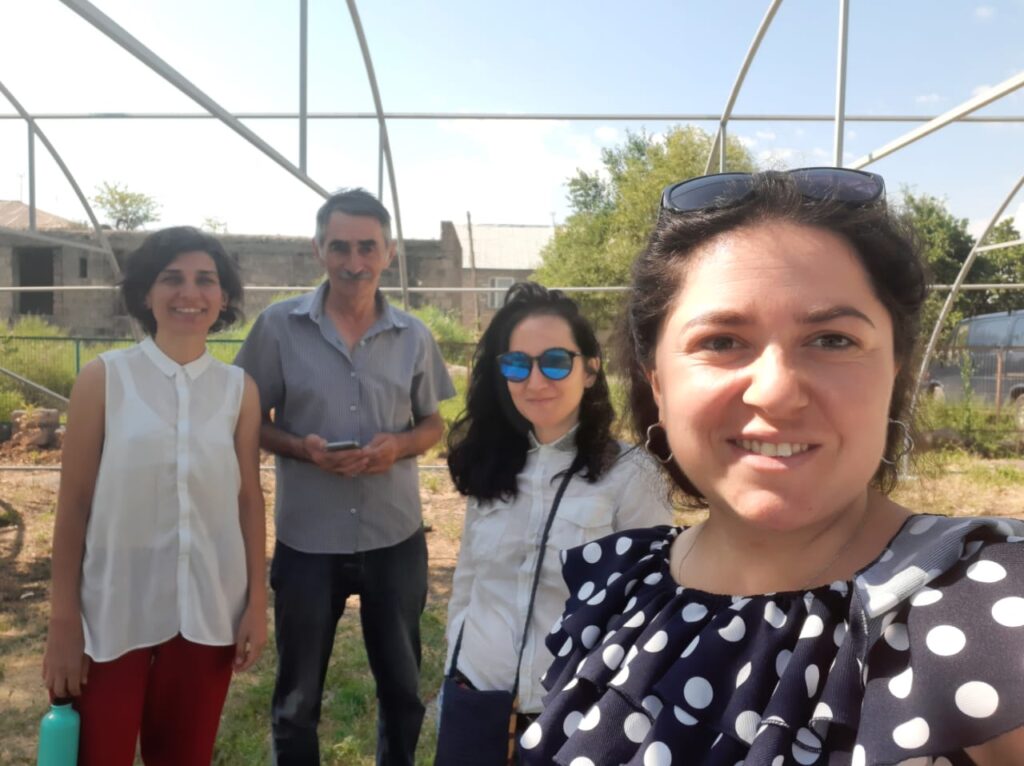